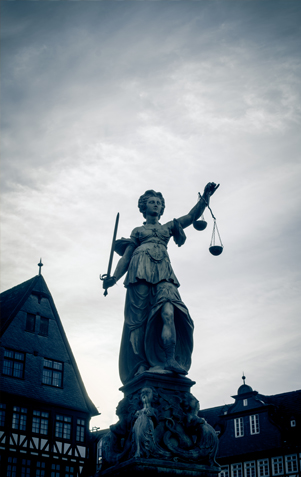 The Medicare Administrative Contractor in Florida is First Coast Service Options (FCSO). FCSO administers the Medicare program payments in Florida for Parts A and Part B. In addition to processing claims for payment submitted by medical providers, FCSO also conducts medical review audits of claims submitted. These audits can be either prepayment reviews or post-payment audits.

The Zone Program Integrity Contractor (ZPIC) in Florida is SafeGuard Services (SGS). SGS is tasked with identifying potential fraudulent claims and providers. As part of its benefit integrity function, SGS, along with its related contractor, IntegriGuard, conducts prepayment review audits of Medicare providers.

The CERT contractors conduct post-payment audits to determine the percentage of Medicare claims submitted that are erroneous, that is, that should not have been paid.

The RAC program began as a three-year demonstration program in 2005 in California, Florida and New York, the three states with the highest Medicare expenditures. In 2007, the program expanded to include Massachusetts, South Carolina, and Arizona. The purpose of the RAC demonstration program was to determine whether the use of RACs would be a cost-effective way to identify and correct improper Medicare payments.

The Tax Relief and Health Care Act of 2006 made the RAC program permanent and required its expansion nationwide by no later than 2010. According to CMS’ “Expansion Schedule,” CMS planned to expand to 23 states by March 1, 2009, and the remaining states by August 1, 2009, or later.

Medicare providers and suppliers should prepare in advance for the potential of a claims audit. That preparation should include:

The audit contractors have the authority to extrapolate the error rate they determine to exist in the sample to universe of a provider’s or supplier’s claims. This makes it all the more important for providers and suppliers to ensure that they timely and properly respond to audit requests and to appeal any appealable claim denials.

Medicare providers and suppliers should expect audit contractors to attempt to identify improper payments resulting from:

The Medicare claims appeal process has several levels of appeal: redetermination, reconsideration, Administrative Law Judge, Medicare Appeals Council, and finally, judicial review. There are different time periods and claims amount requirements for each of these levels, and adherence to these requirements is necessary.

The agency that administers the Medicaid Program in Florida is the Agency for Health Care Administration. In addition to processing claims, AHCA also conducts claims audits.

The Medicaid Fraud Control Unit (MFCU) in Florida conducts Medicaid fraud investigations, including the review of claims for evidence of fraud.

Medicaid Integrity Contracts (MICs) are similar to RACs, but conduct audits of Medicaid claims. Although serving a similar function as the RACs, the procedures and requirements of the MICs are different. Although Audit MICs, unlike RACs, are not paid on a contingency fee basis, MICs are eligible for financial bonuses based on the effectiveness of their audits. MICs can review Medicaid claims as far back as permitted under the laws of the respective states that have paid the claims. The MICs also are not limited to a set number of claims for which they may request records and may request that records be produced in as little as two weeks. In the event that the provider disputes the overpayment assessed in the final audit report, the provider may exercise applicable appeal or adjudication rights. Unlike other CMS audit contractors, such as RACs and ZPICs, which must follow specific appeal processes set forth in federal regulations, providers’ appeal rights for MIC denials are determined by the laws of a particular state program.

The attorneys at Nicholson & Eastin, LLP represent and defend providers and suppliers in all types of Medicare, Medicaid and other third-party payer audits, appeals, and controversies. We have the knowledge and experience to assist providers and suppliers in responding to audit requests in order to minimize the number of initial denials, as well as to successfully appeal any improperly denied claims. Please do not hesitate to contact us to discuss your particular situation.